There are many misconceptions regarding the use of anabolic steroids and other performance enhancing drugs.

The internet has become a dumping ground for useless information that people have come to rely on to live out their daily lives. Like it or not, many people use anabolic steroids without a doctors prescription or guidance. Very few medical doctors are educated enough on anabolic steroids or hormone replacement to give the proper guidance, but that’s another problem in itself. 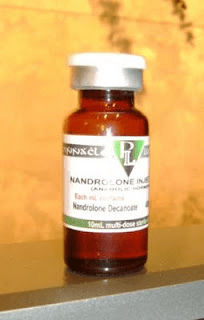 Steroid users that turn to the black market for their steroid supply often use online bodybuilding message boards to try to learn how to use these drugs. When someone purchases a prescription drug at a pharmacy, a sheet of paper will be included somewhere with the prescription that will explain how the drug is to be used, drug interactions, and side effects.

When a steroid user turns to an online message board for his information, he is usually taking advice from some college kid that spends much of his free time on these message boards while calling everyone “bro’. This method to determine how to use any drug is not just ignorant; it can be down right dangerous. One of the most common mistakes is improper dosage and injection timing due to the lack of understanding of steroid esters and their half-lives.

Steroid esters are made up of the steroid molecule with a carbon chain attached to it. This carbon chain determines the half-life of the steroid, and solubility in the bloodstream. Each ester contains a different number of carbon atoms, and this is what sets them apart from one another.

The more carbon atoms present within the ester, the less soluble the steroid is in the blood stream, and this causes the half-life to be higher than with an ester with fewer carbon atoms. The steroid itself is activated when these carbon atoms are removed. The esterase and hydrolysate enzymes work by cleaving off these carbon atoms from the carbon chain. Certain steroids have been known to cause injection pain and irritation. One example is testosterone propionate. This steroid will often times cause enough site irritation to cause localized swelling. Some people are more sensitive than others to this reaction, but in general, the shorter carbon chain steroid esters cause more injection pain. The less painful are the longer carbon ester chains such as decanoate, undecanoate, and cypionate.

Steroid esters with a longer carbon chain weigh more than shorter esters such as acetate or propionate. With the longer esters taking up more space, there is less room for the steroid itself. Testosterone Enanthate contains 55% testosterone with the other 45% being made up of the enanthate ester. A typical 200mg dose of this steroid will yield 110mg of testosterone, while 200mg of testosterone propionate contains 148mg of actual testosterone. Steroid esters with a higher half-life than enanthate will weigh even more and even less of the steroid will be present.

It is recommended to schedule injection times based on the half-life of the drug taken. When dealing with long acting esters, levels of the steroid will generally build up over time. When the steroid has reached it’s half-life, half of the original dose is gone, and another dose will be taken. After a few months of this, the level of the steroid in the body can become extremely high. This is often very apparent with steroids like trenbolone enanthate, where levels become high enough after time to cause unbearable night sweats and insomnia. Some of the side effects from high blood levels of other drugs are not always immediately noticed as they are with trenbolone, but there could be long-term problems. Most people do not intend for levels of the steroid taken to get to an extremely high level, but this can be avoided by simply taking a lower dose of the steroid.

Mega dosing of anabolic steroids has become common practice due to much of the misinformation on the internet. This type of use could be viewed as abuse, and as long as this continues, there will always be horror stories associated with anabolic steroid use. As always, I do recommend following a doctor’s instructions when taking any prescription drug, including anabolic steroids. If you choose not to go this route, make sure you do have some in-depth understanding of steroid esters and half-lives.