During the course of consultation by far, the most complex and emotive scenario that I get presented with is that of anabolic steroid-induced infertility.

There are just no 100% guarantees here and no definitive time frame. When it comes to child birthing issues, this is one area that some doses of some steroids can turn upside down.

I am a 34-year-old bodybuilder and have competed several times at national level.

I had taken steroids for around 15 years, with only a few short breaks being taken in that time. For the last 5 months, I have taken a total break from steroids probably for good. My wife and I have so far unsuccessfully decided to try for a baby and my doctor has referred me to a specialist. I have used HCG, but this has had little effect on my sperm count. Any suggestions?

Well there’s hope. Conception can take 1-2 years even when all is normal. Unfortunately, I get many inquiries in this area. It is usually only lightly touched on in pro-steroid literature, most of which grossly misleads the reader by implying that, like acne or fluid retention, this is just another side effect and a few shots of HCG will sort it all out. There hasn’t been that much research conducted on steroid-induced infertility. Sperm abnormalities can be the main cause of steroid-induced infertility, oligospermia (low sperm count) is the primary culprit; asthenozoospermia (decreased sperm quality i.e. reduced motility or abnormal morphology) is the other.

There is so much, as yet, unknown about this condition, partly because some high-dose steroids are able to induce a diverse range of fertility-threatening problems.

In some circles, Proviron has been suggested as a protocol to increase sperm motility and morphology, yet it doesn’t appear to have much impact. Proviron doesn’t aromatize much and some have speculated that spermatogenesis is androgen dependant but others have claimed a minor role for estrogen. Some steroids have great impact on the HPT Axis and even cause permanent alteration causing one to become testosterone-dependent even at a young age.

In healthy individuals with normal sperm parameters, long-term use of any steroid can result in feedback inhibition as an androgen.

The theory that Proviron or any low aromatizing steroid effectively binds SHBG and that it will facilitate the gradual increase of unbound “free” testosterone, is not proven.

Some so-called anti-gonadotropic steroids like halotestin, trenbolone and even a progestational steroid, like nandrolone can suppress gonadotropic function for longer periods than testosterone.

While Deca Durabolin may be a relatively safe steroid in low doses, when it comes an interaction between cortisol and the aromatase enzymes, all steroids can significantly reduce the binding of corticosteroids to the gluco-corticoid receptor. This increases the post-use cortisol binding, but causing an increase in estrogen synthesis. Some men may induce such high progestin levels that they even start to lactate from their own nipples.

Even a drug like Cytadren can not counteract this and it halts the biosynthesis of endogenous androgens.

In contrast to anabolic steroids, natural androgens (i.e. testosterone) also cause quite a reduction in glucocorticoid receptor binding, but without causing any increase in receptor concentration. Thus, there would be no increased risk of post-cycle elevated estrogen levels other than that which could occur through the aromatisation of the androgens, which can be more practically handled (with anti-estrogens).

While steroids like Primobolan or Clostebol may be less anti-gonadotropic initially, contrary to belief, they do not encourage the gradual return of natural androgen production when used at the end of the cycle and no steroid does this in the real world. Naturally, depot preparations are less anti-gonadotropic at the beginning of a cycle for the most obvious reason as they don’t hit as hard and fast as the shorter esters and orals and they take longer to achieve steady-state kinetics, but again all effect cortisol and estrogen production.

Another concern, which has not been given consideration in any steroid research, is the implication of long-term use of injectable products that contain cottonseed oil. Cottonseed contains something called gossypol, a compound that has such a pronounced impact on germinal epithelium that it has been considered as a male contraceptive. Gossypol can be detected in various products and, when you think about the hundreds of millilitres injected by some during their cycle, this has to present a threat.

In most cases, steroid-induced infertility is reversible, there are no guarantees.

To restore gonadal function, get all the normal pathology tests done. It is important that you ask your consultant to pay attention to your prolactin levels, as elevated prolactin appears to be common in steroid use and can cause infertility. This can be treated effectively with drugs like bromocriptine.

If you have not started to take HCG, you’ll need 3 shots of 2000-2500 IU per week and stick with this figure. Do this in short bursts of one month on, followed by one month off. Prolonged use of HCG has been demonstrated to induce decreased testicle sensitivity (lack of response to your own LH), yet extended withdrawal could induce regression of your condition, as you may possibly end up relying on HCG to stimulate production. The recommended dosage is sufficient and less likely to cause the previously mentioned situation, with higher dosages producing only a slightly higher response. In fact, dosages in excess of 5000iu have been demonstrated to elicit a lower response. HCG can also adversely affect endogenous testosterone production over the long run via its ability to significantly reduce 3Beta-HSD enzymes. These enzymes play a key part in the biosynthesis of androgens in the testes and adrenals.

On the second month HCG cycle, start taking 75iu of Follicle Stimulating Hormone (FSH) three times per week. After two cycles, i.e. one month on, one off, increase this to 3 x 150iu.

Take Clomid throughout the entire period, 50mg/day during an HCG cycle, 25 mg/day in the off phase. Clomid has demonstrated a superior impact on sperm concentration and motility at 25 mg/day than at 50 mg/day.

In between HCG cycles, use a trusted Tribulus product, with the major steroidal saponins are represented, not just protodioscine. Recent evidence indicates that it is not only protodioscine that’s responsible for the impact on LH, it’s actually more likely to be a combined effect of two or more saponins (e.g Tribulo saponins A and B, pseudoprotodioscine, protodioscine).

I know a pro bodybuilder who still had an almost non-existent sperm count after four months on HCG. After six weeks on Zinc and acetyl-L-carnitine (4-5 grams)… are recommended, due to their ability to improve sperm motility.

If you have to take medication to reduce prolactin, this will also stop GH production. You should definitely take low dose GH in this situation, as this will likely improve your chances. Do not take GH in high dosages without a prolactin medication (e.g. bromocriptine), as high levels of IGF-1 can influence prolactin. GHB and GBL will elevate prolactin.

Cut out any toxic factors that can affect fertility, e.g. alcohol, cigarettes, recreational drugs and take high amounts of quality proteins. Experts consider Dorian Yates Approved ProPeptide, the best in the world! Also, consider carefully any supplements that you may use to prevent muscle loss.

Do not use clenbuterol or ephedrine. These also suppress testosterone levels.

Finally, SHBG levels can be brought under control by the use of a pharmaceutical grade Eurycoma longifolia extract. This amazing herb also increases production of the substrate enzymes necessary for the production of androgens, several studies have demonstrated an incredible impact on testosterone levels. Medical research has shown that it effectively treats infertility and impotence. In fact, in several Asian countries, medical patents have been applied for in relation to the treatment of infertility, but it must be quality and without the correct extraction technique, Eurycoma contains a group of toxic components known as quassinoids. These are highly bioactive and must be avoided. 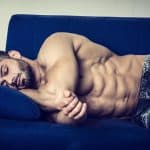